HomeAbout MHKC
T
here are few places where individuals with disabilities can spend a week joyfully focusing on their abilities. For over 85 years, Mt. Hood Kiwanis Camp (MHKC) has offered incredible outdoor recreational programming for campers with developmental, intellectual, and physical disabilities at its fully accessible 22-acre campsite in the Mt. Hood National Forest.

On any given summer day, our campers are catching fish, conquering their fear on the adventure course and zipline, splashing at the pool, riding a horse for the first time, whitewater rafting, paddling a canoe on Trillium Lake, and dancing the night away at campfire. Wheelchair accessible trails and innovations such as adaptive saddles, harnesses, and bicycles make the traditional camp experience available to all. Camp doesn't just offer outdoor activities, it offers a chance for people with disabilities to make new friends and build community in a friendly, non-judgmental environment where they can feel empowered and included.

Each year, MHKC offers 8 weeks of Main Camp, where campers enjoy a one-to-one camper-counselor ratio with the option for outgroup adventures, including Trip & Travel, Tent & Travel, and Lakeside Camp where campers pitch tents on Trillium Lake, paddle canoes, go whitewater rafting and more. June brings the opportunity for new campers to experience MHKC through Family Camp, while experienced campers can come back to Camp in the snow through two weekend winter retreats. 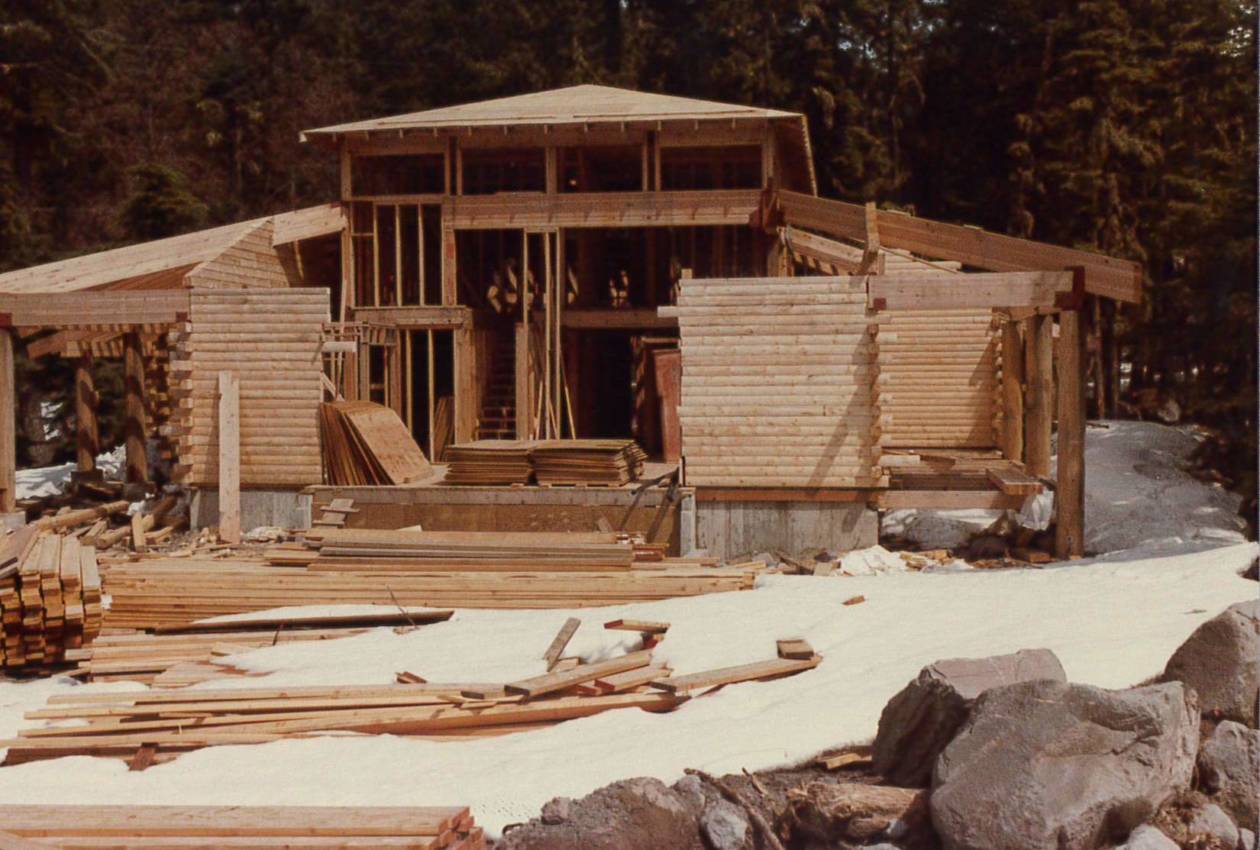 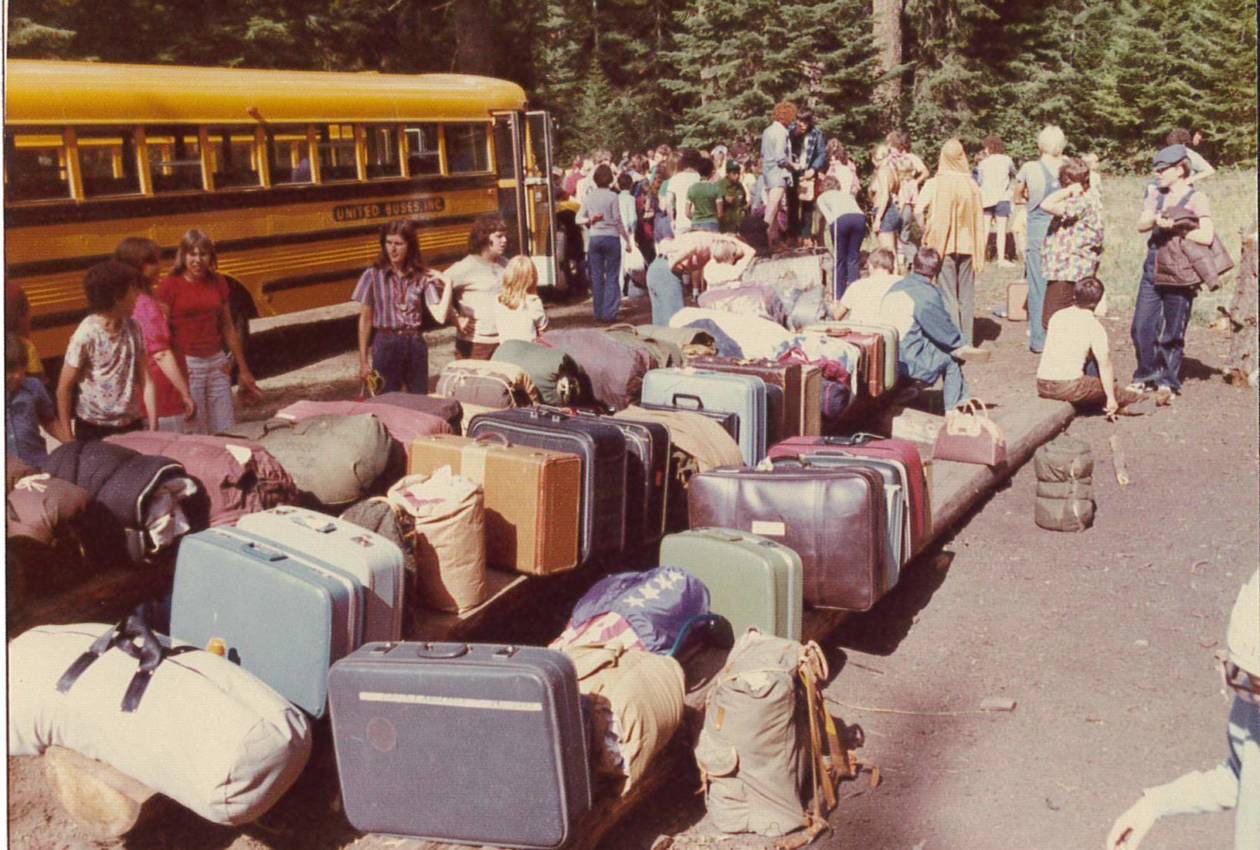 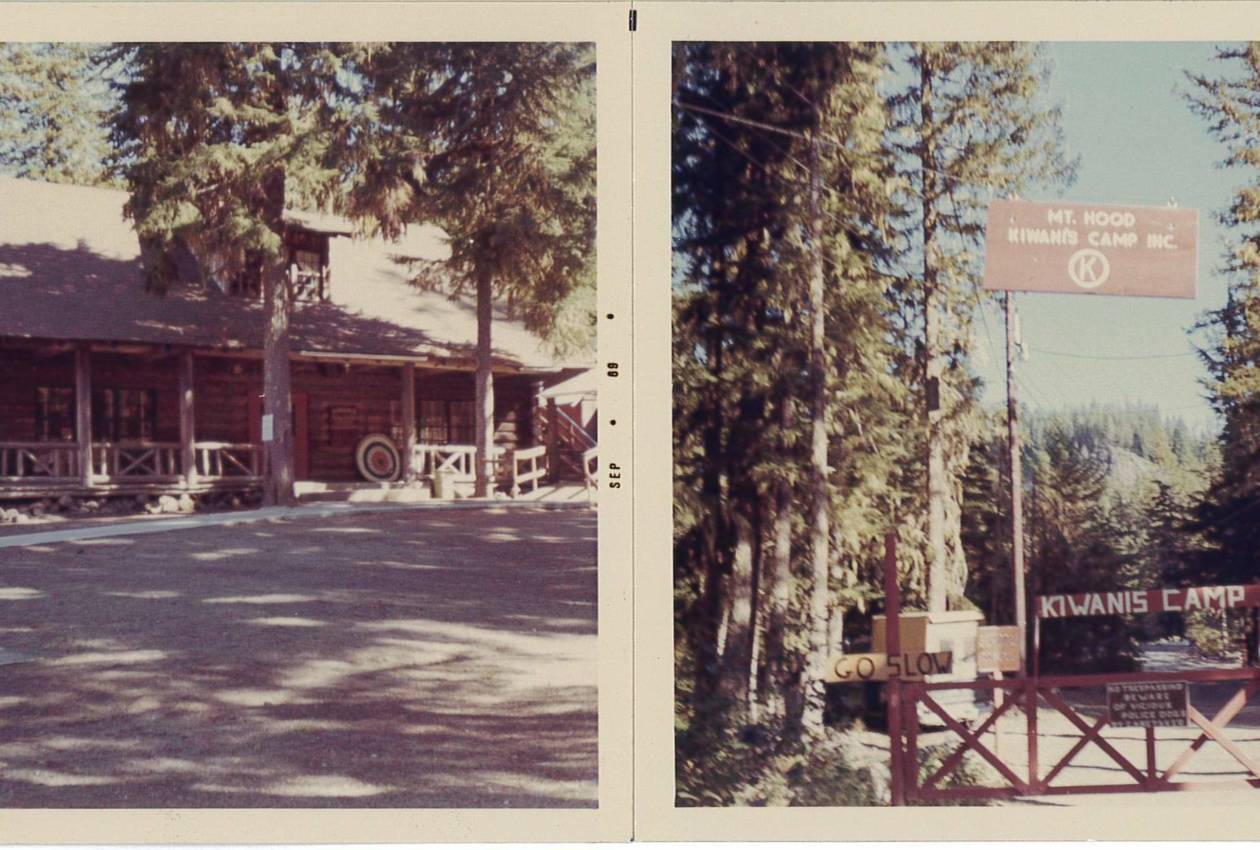 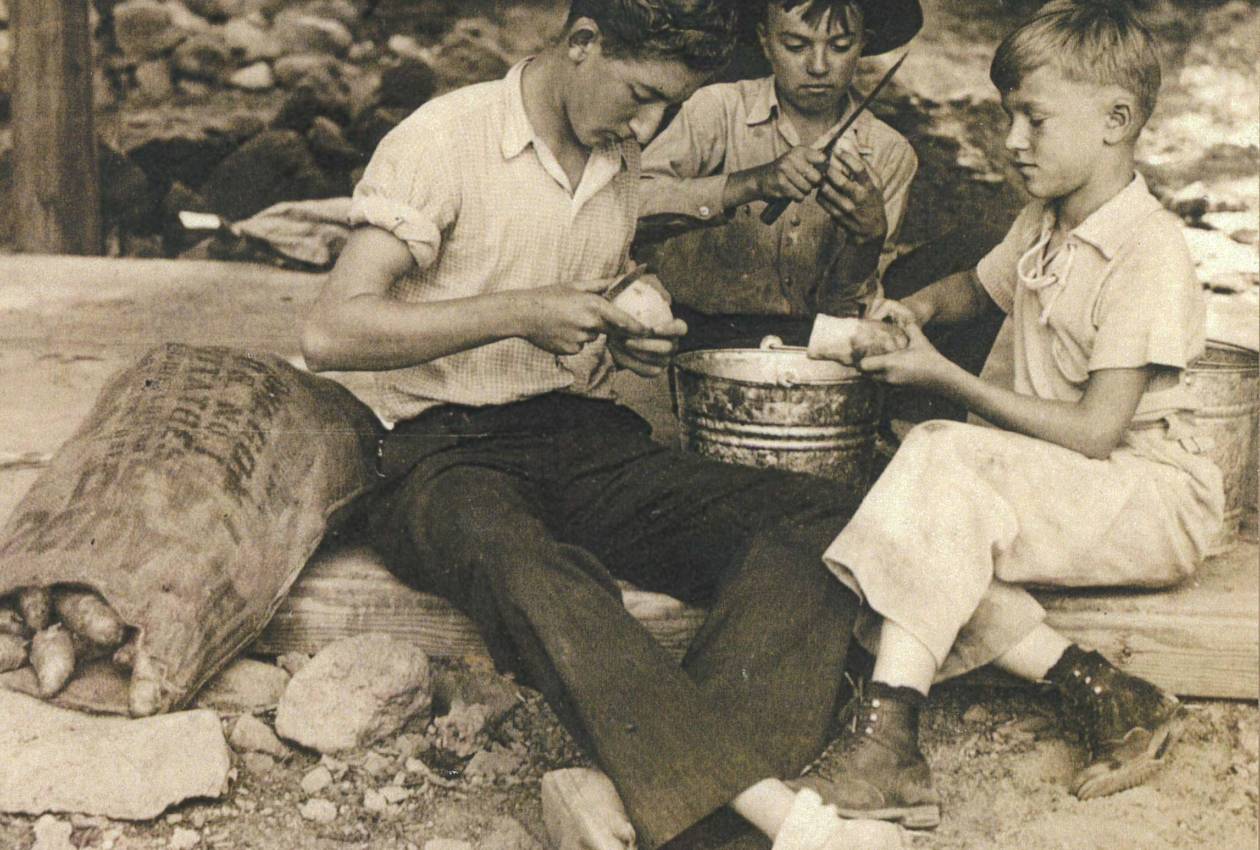 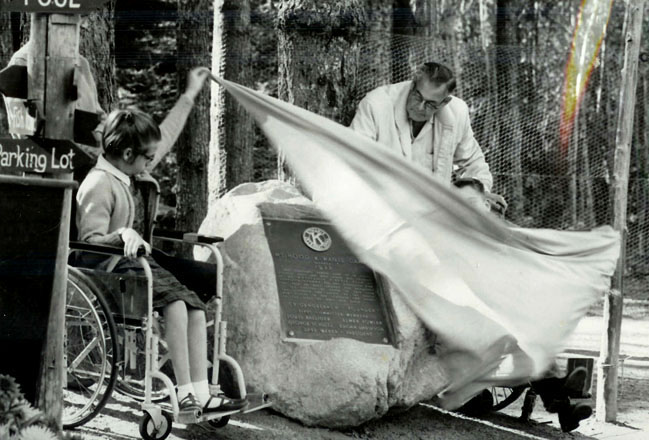 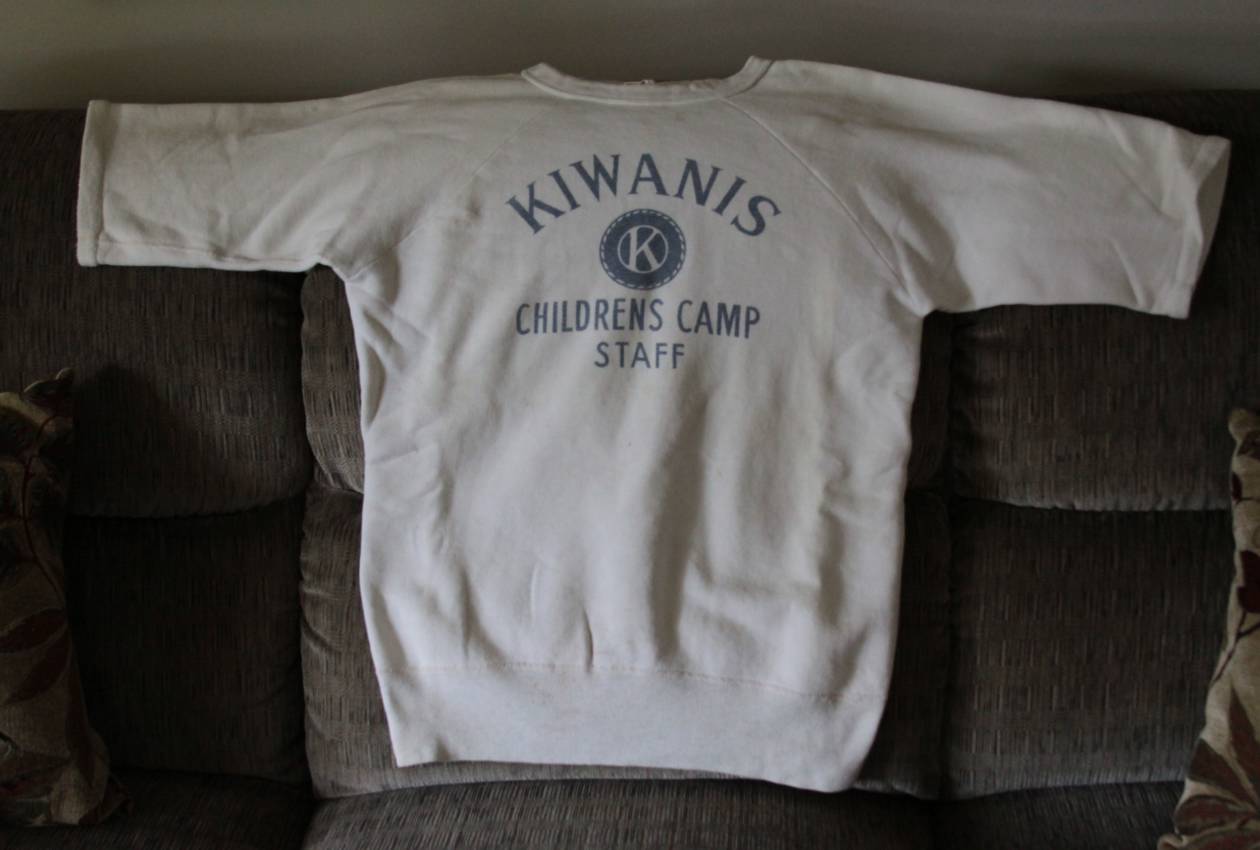 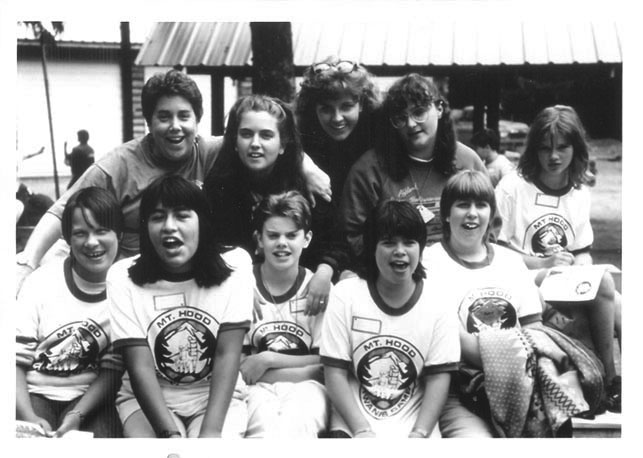 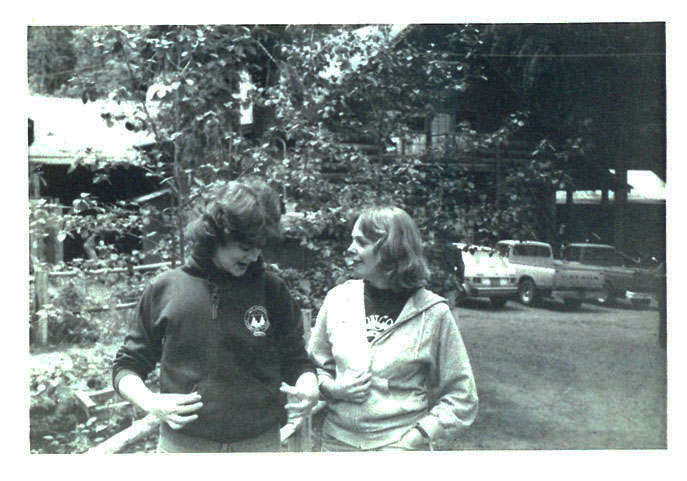 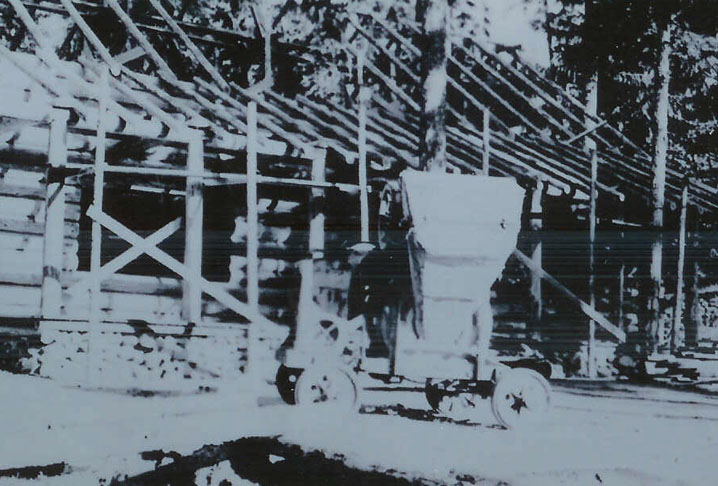 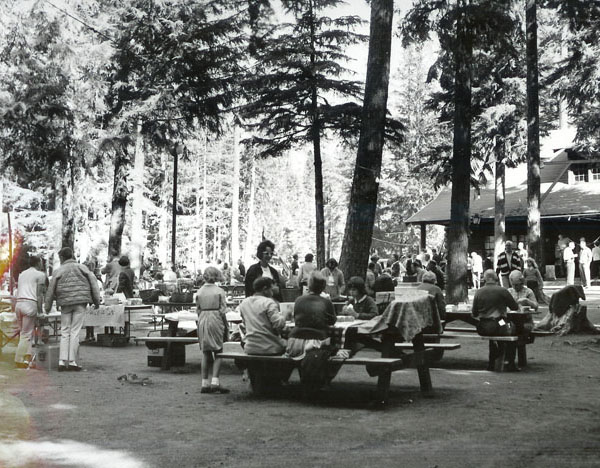 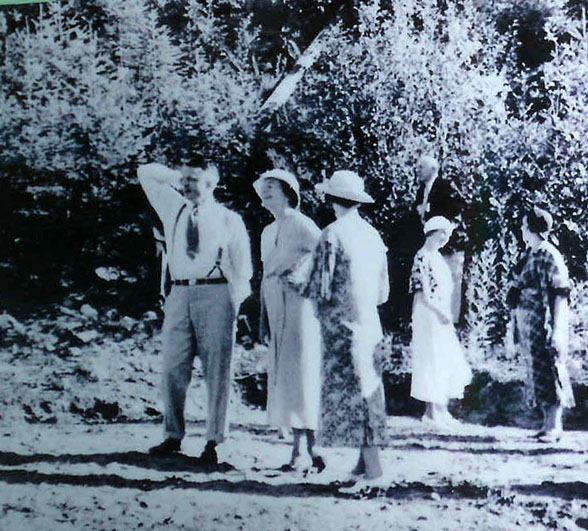 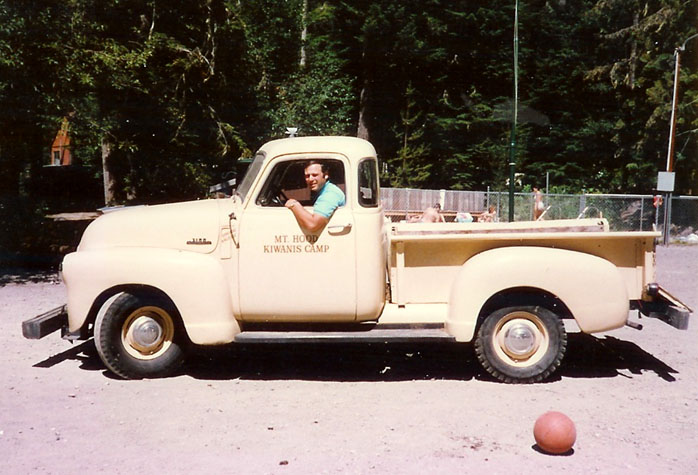 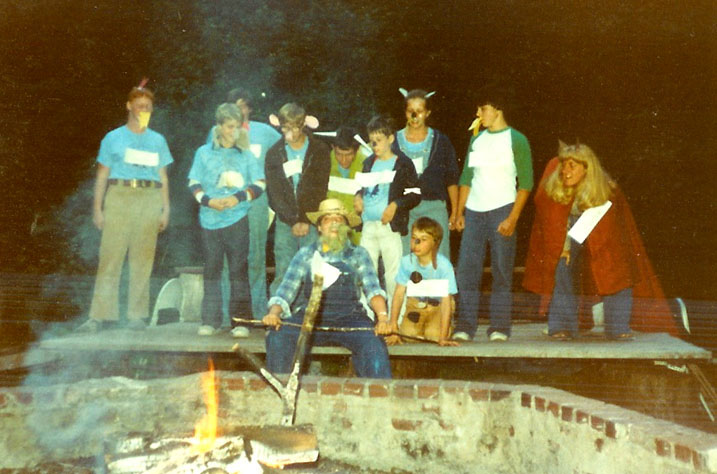 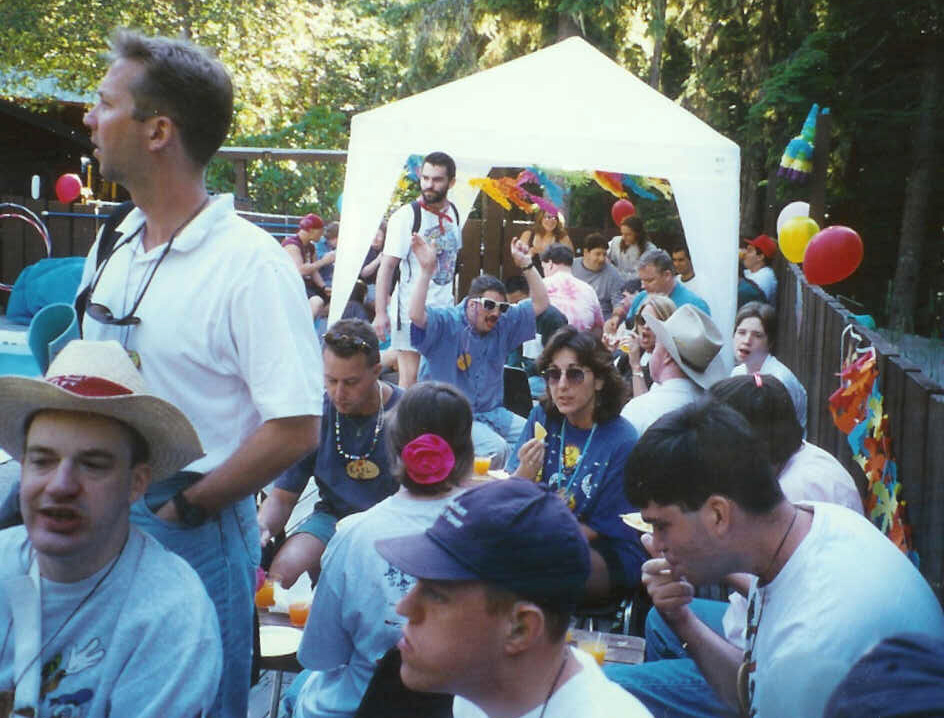 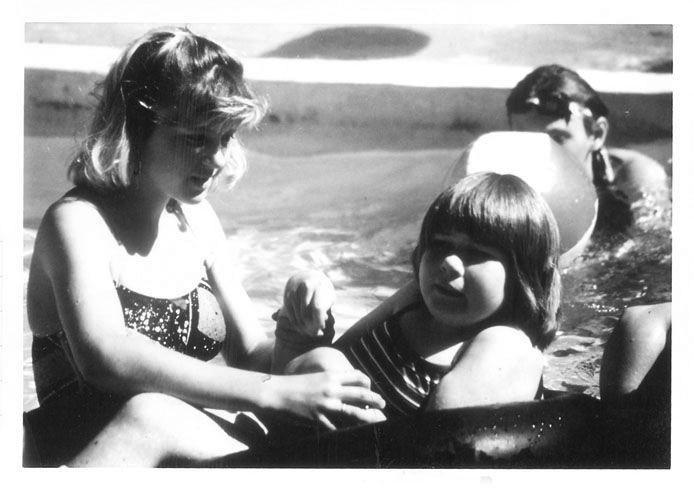 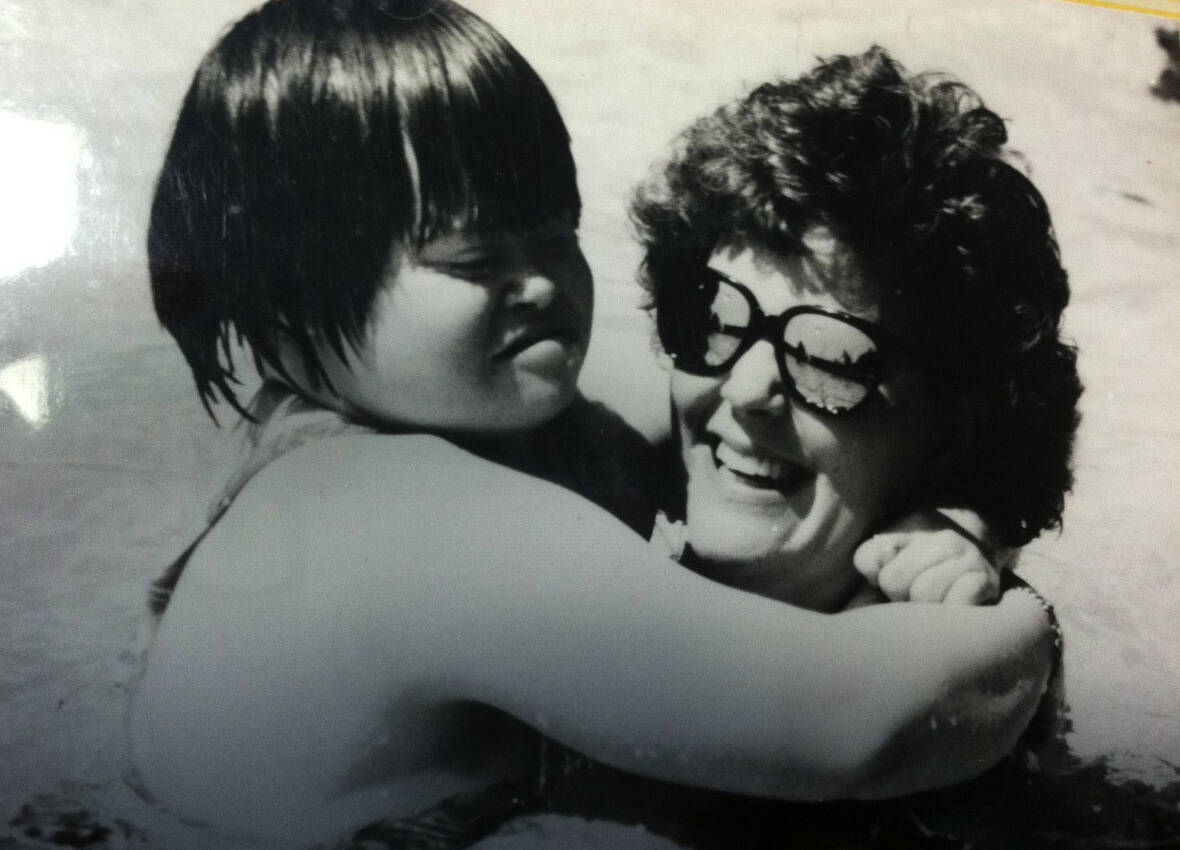 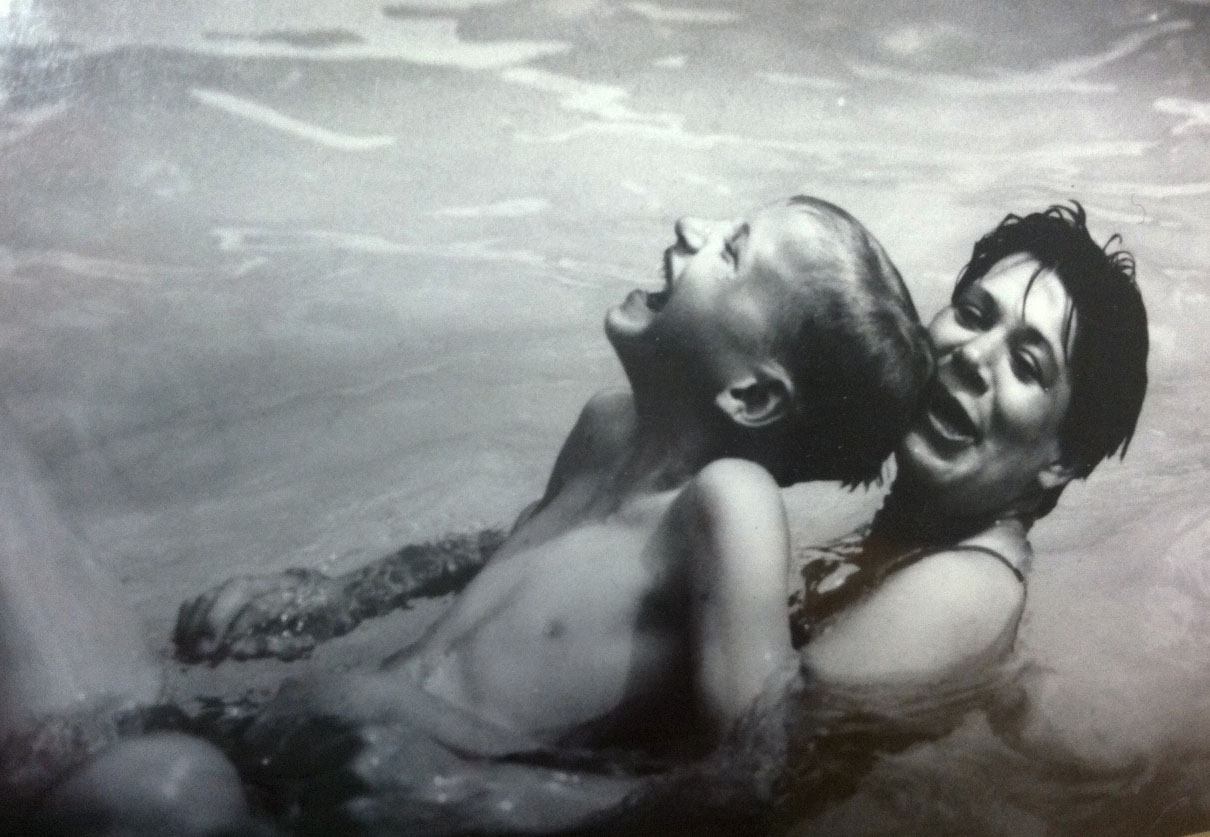 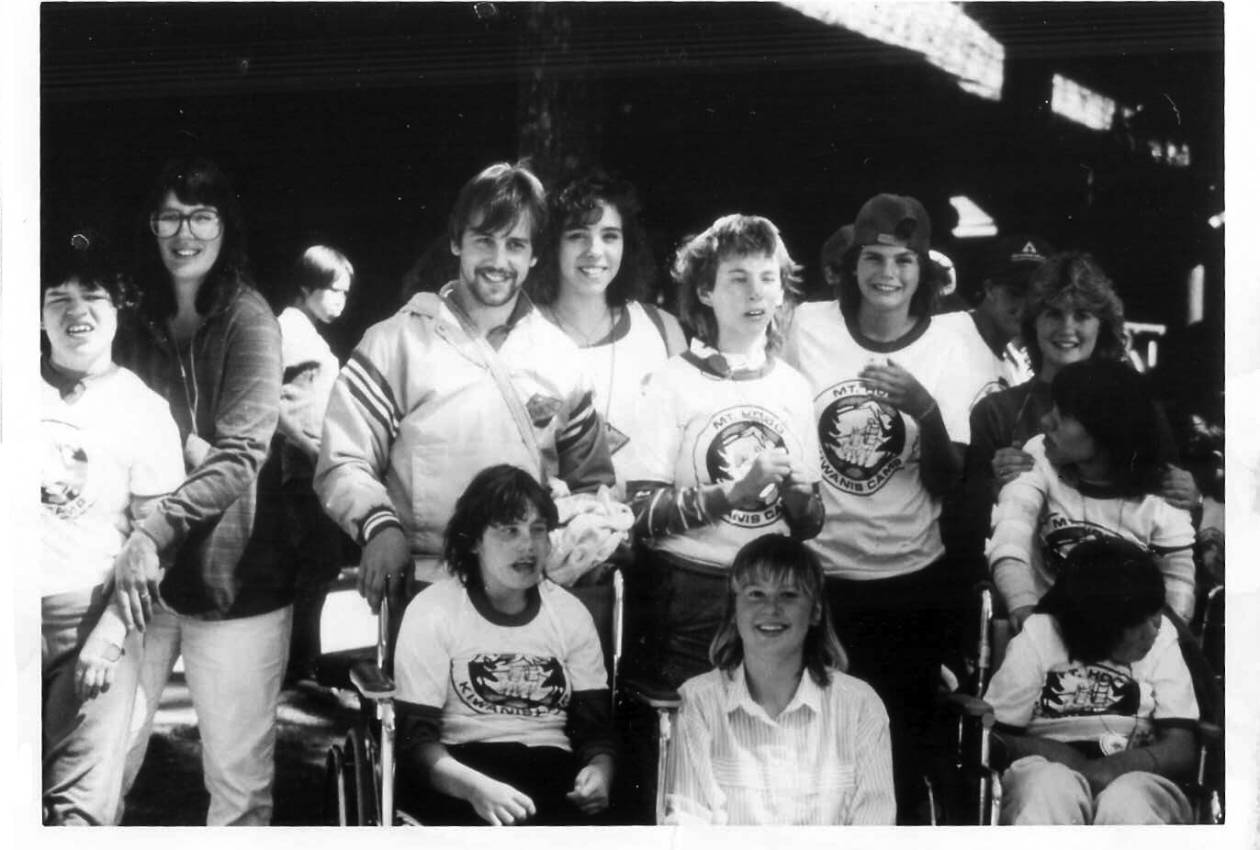 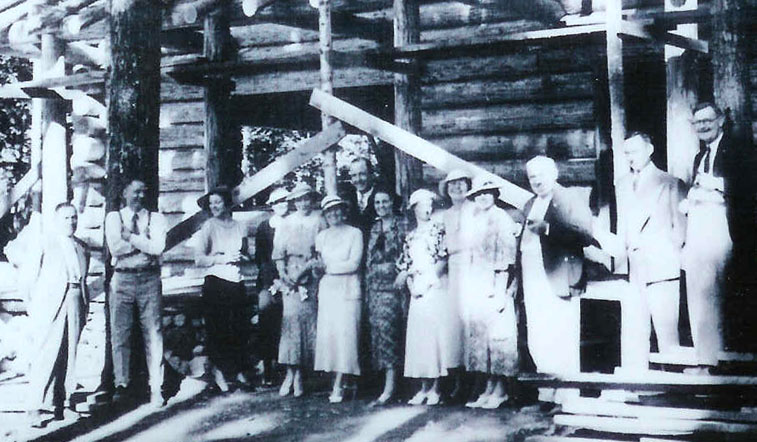 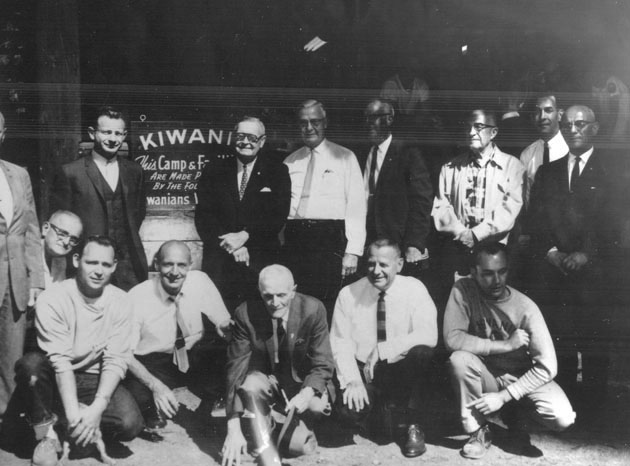 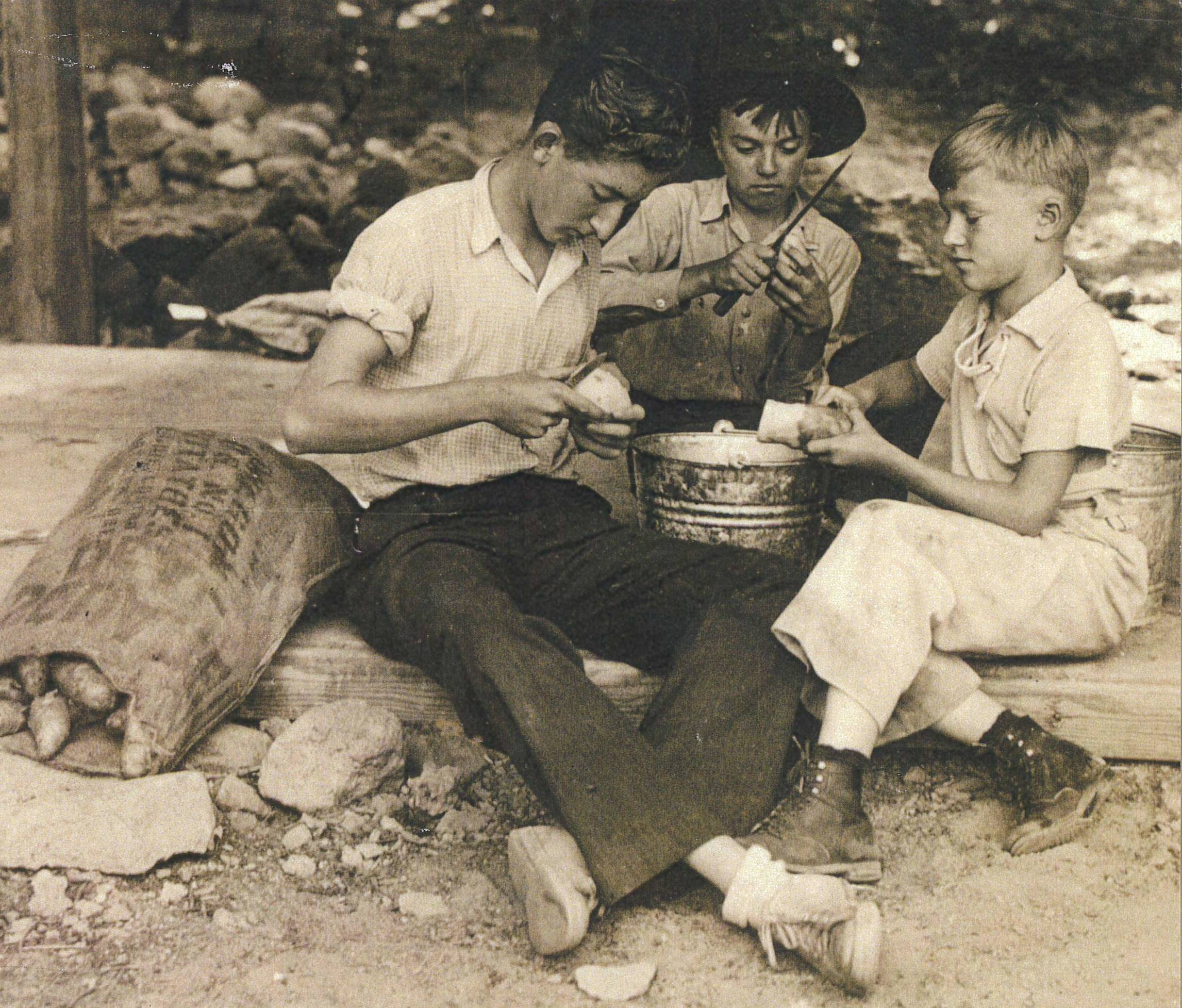 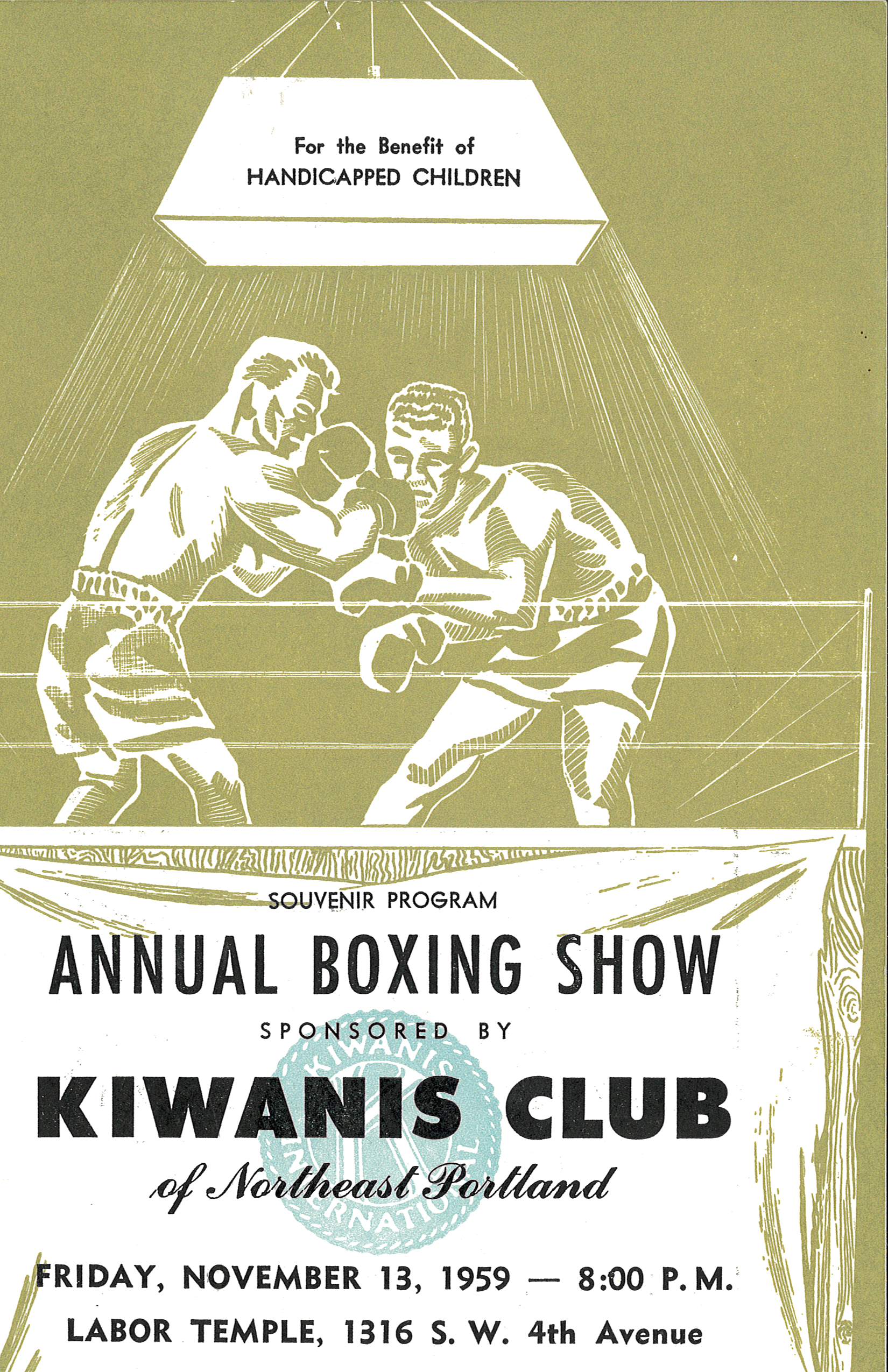 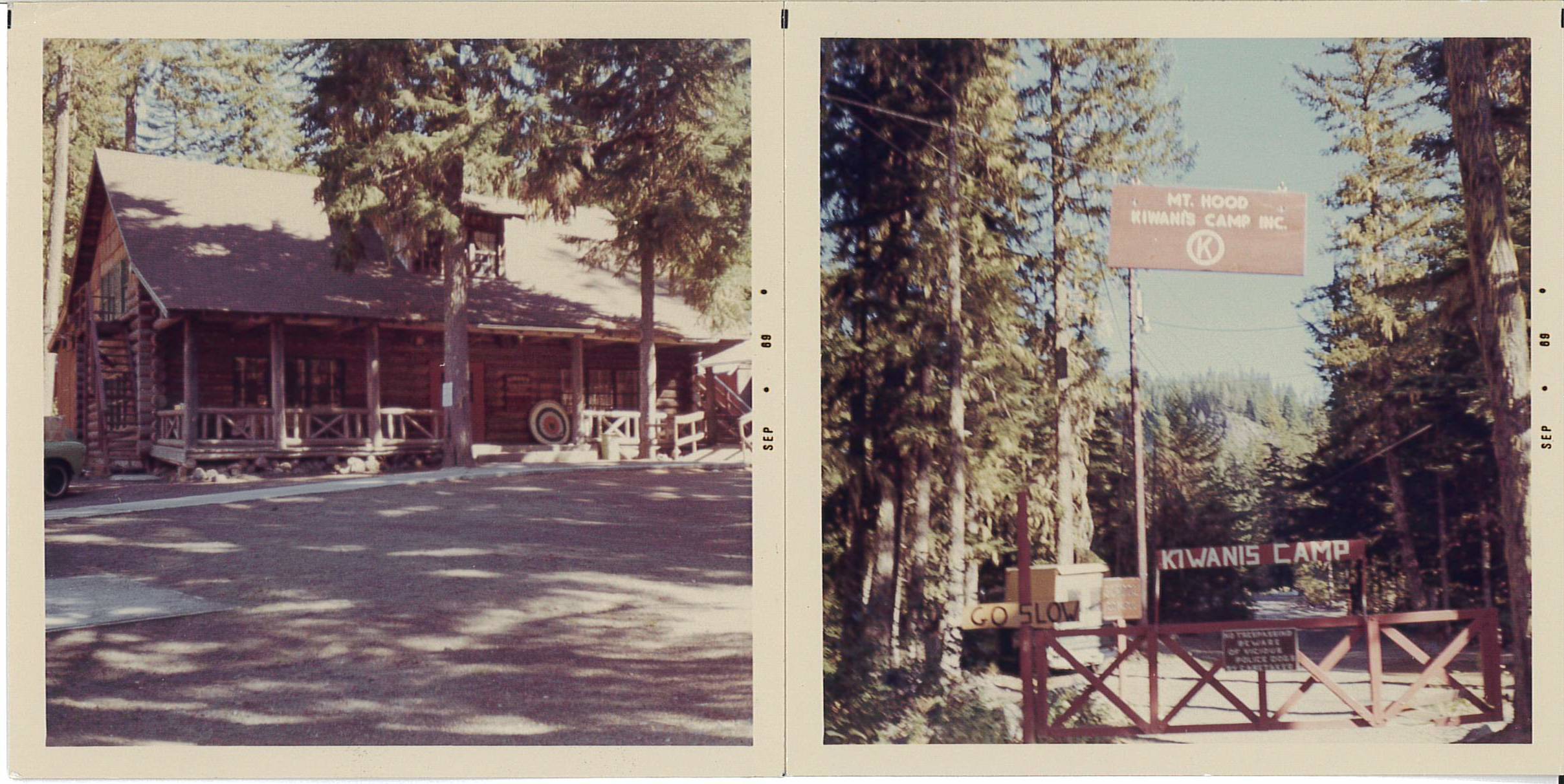 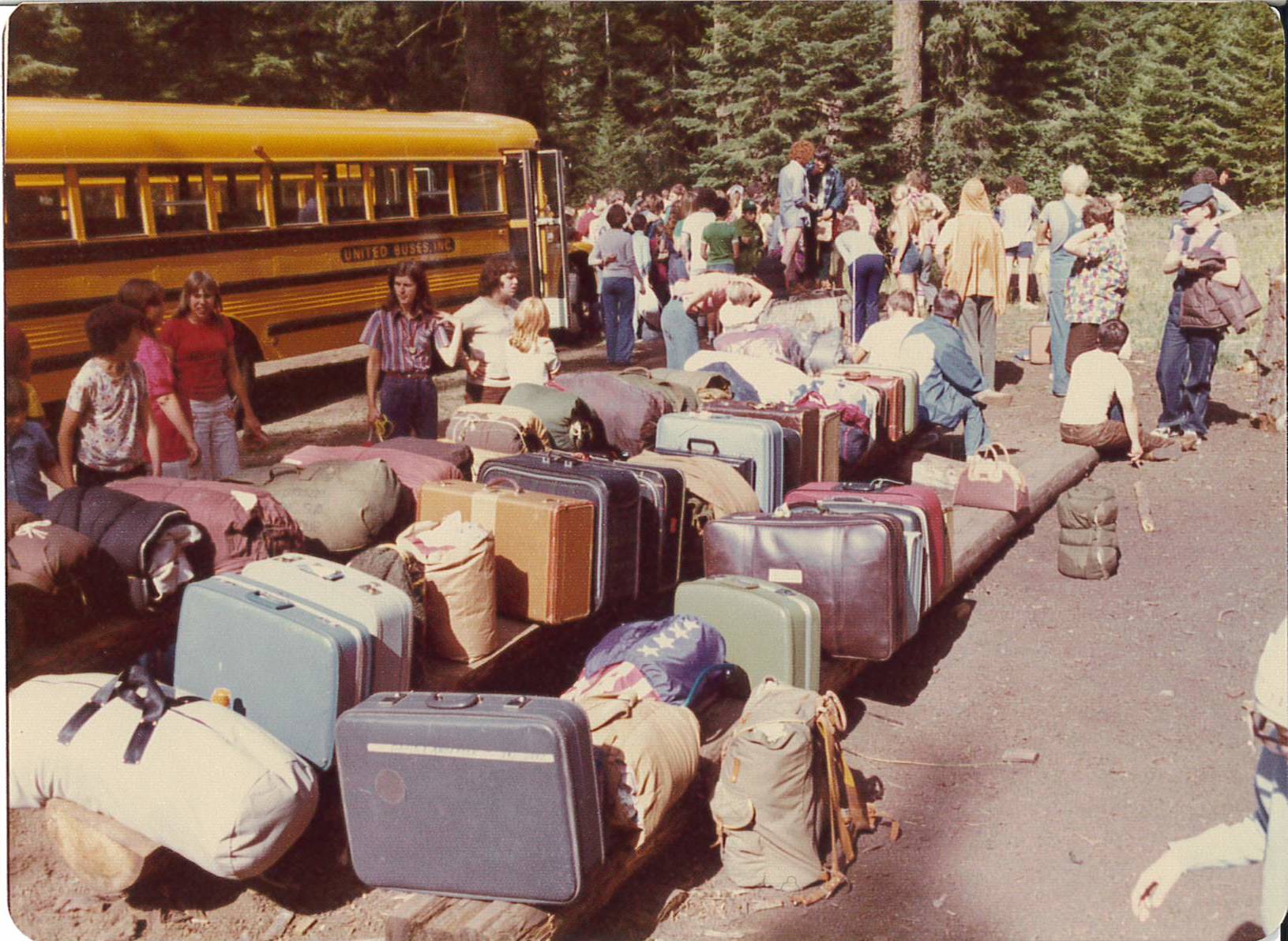 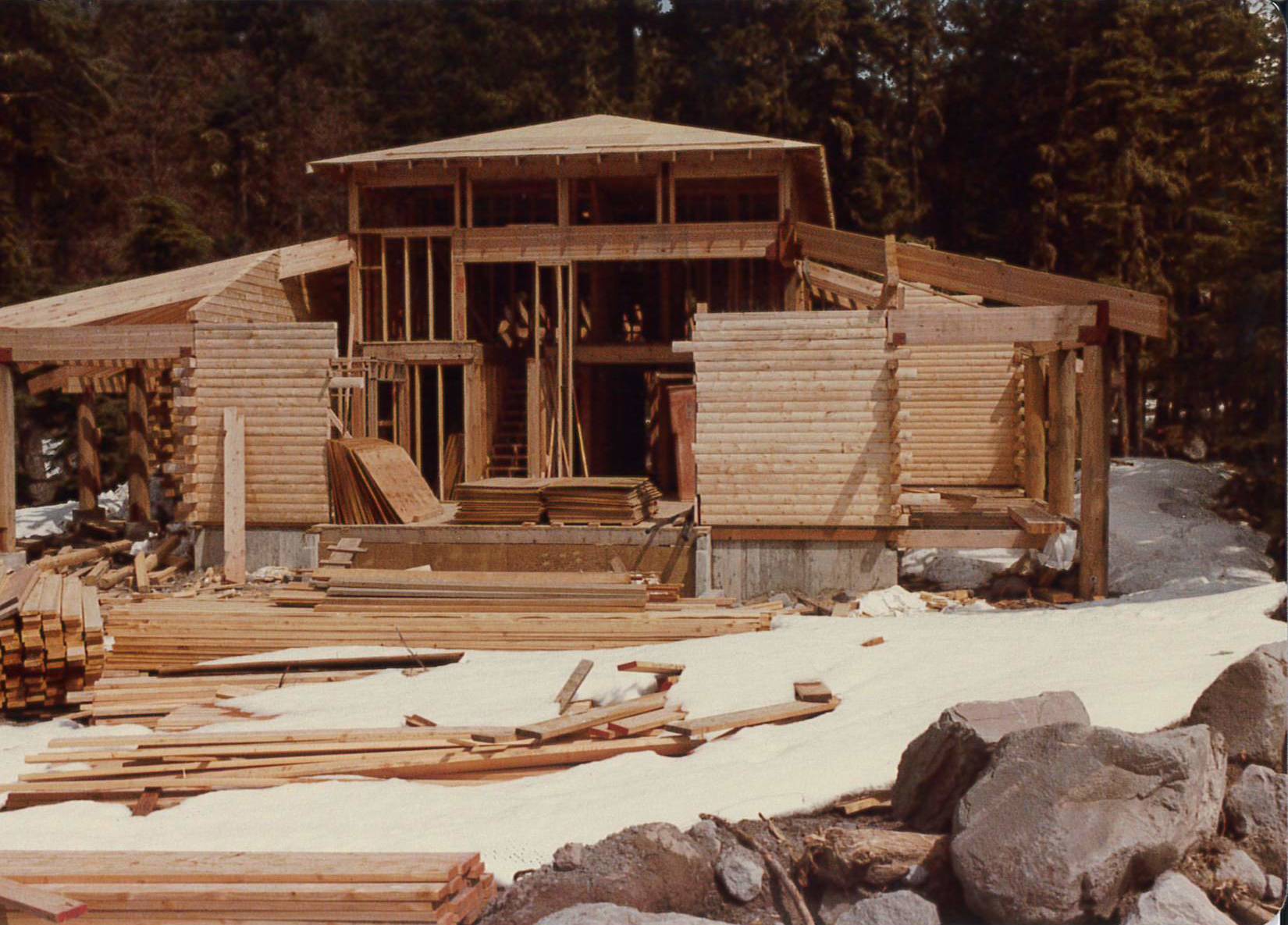 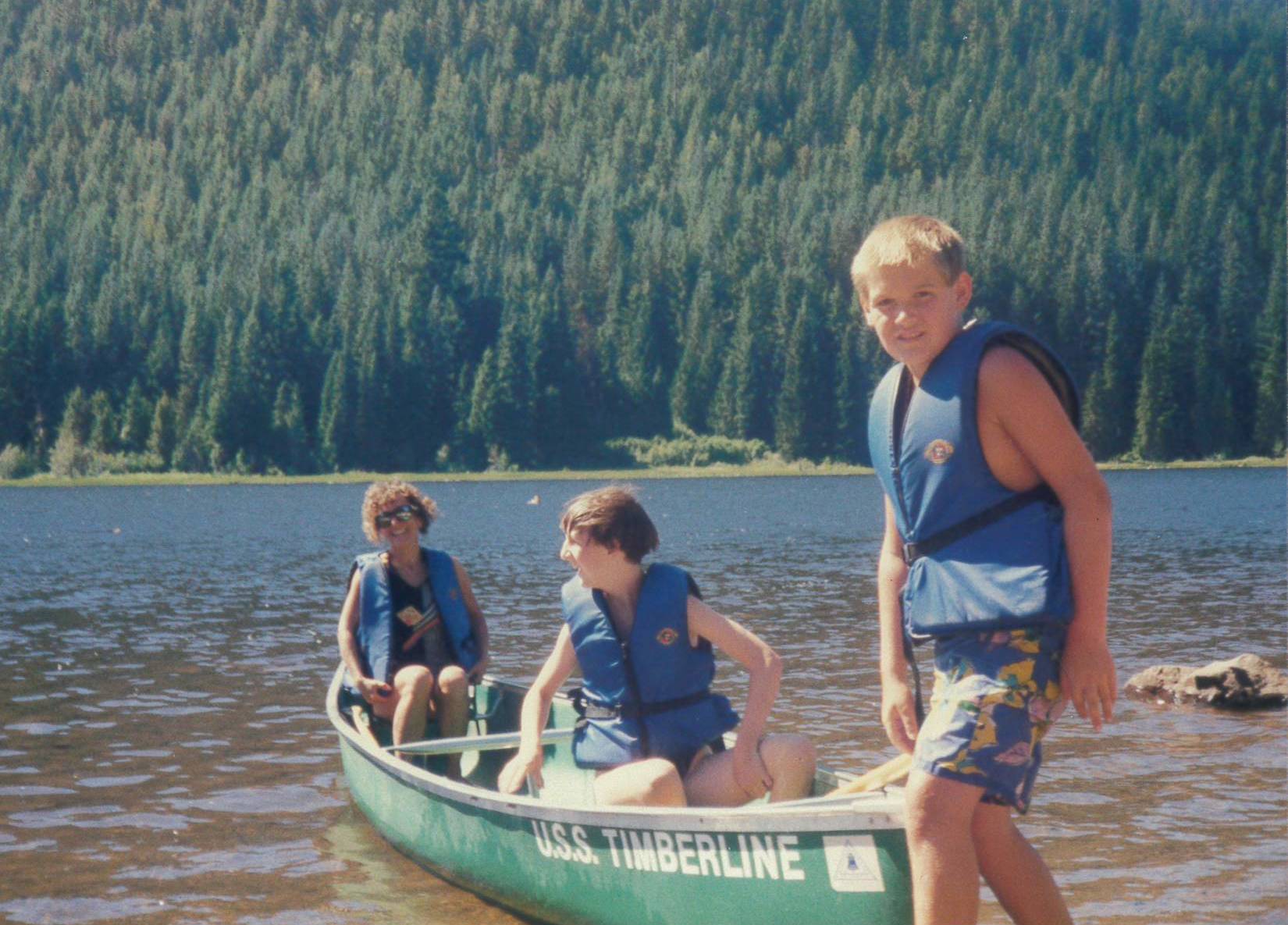 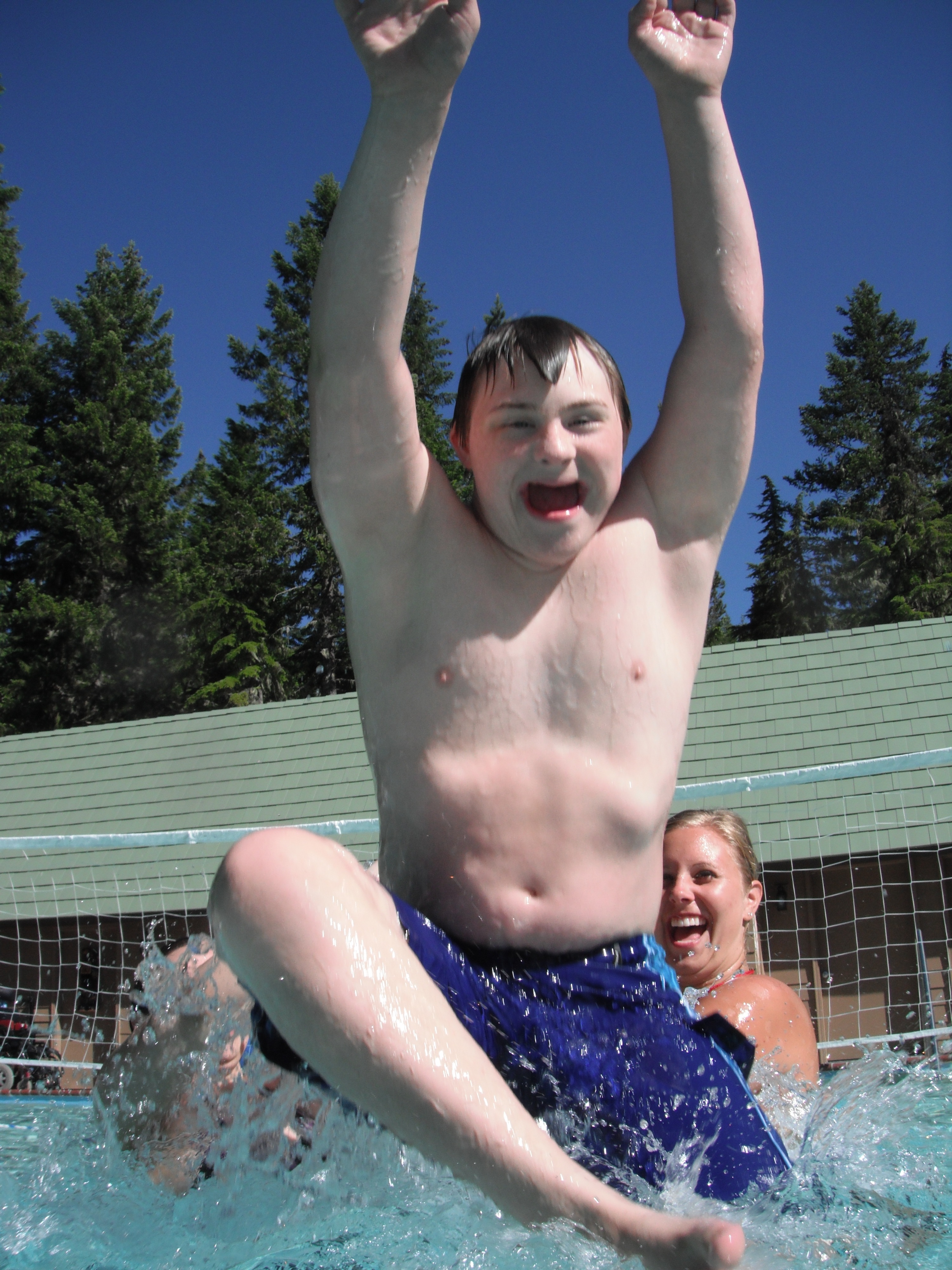 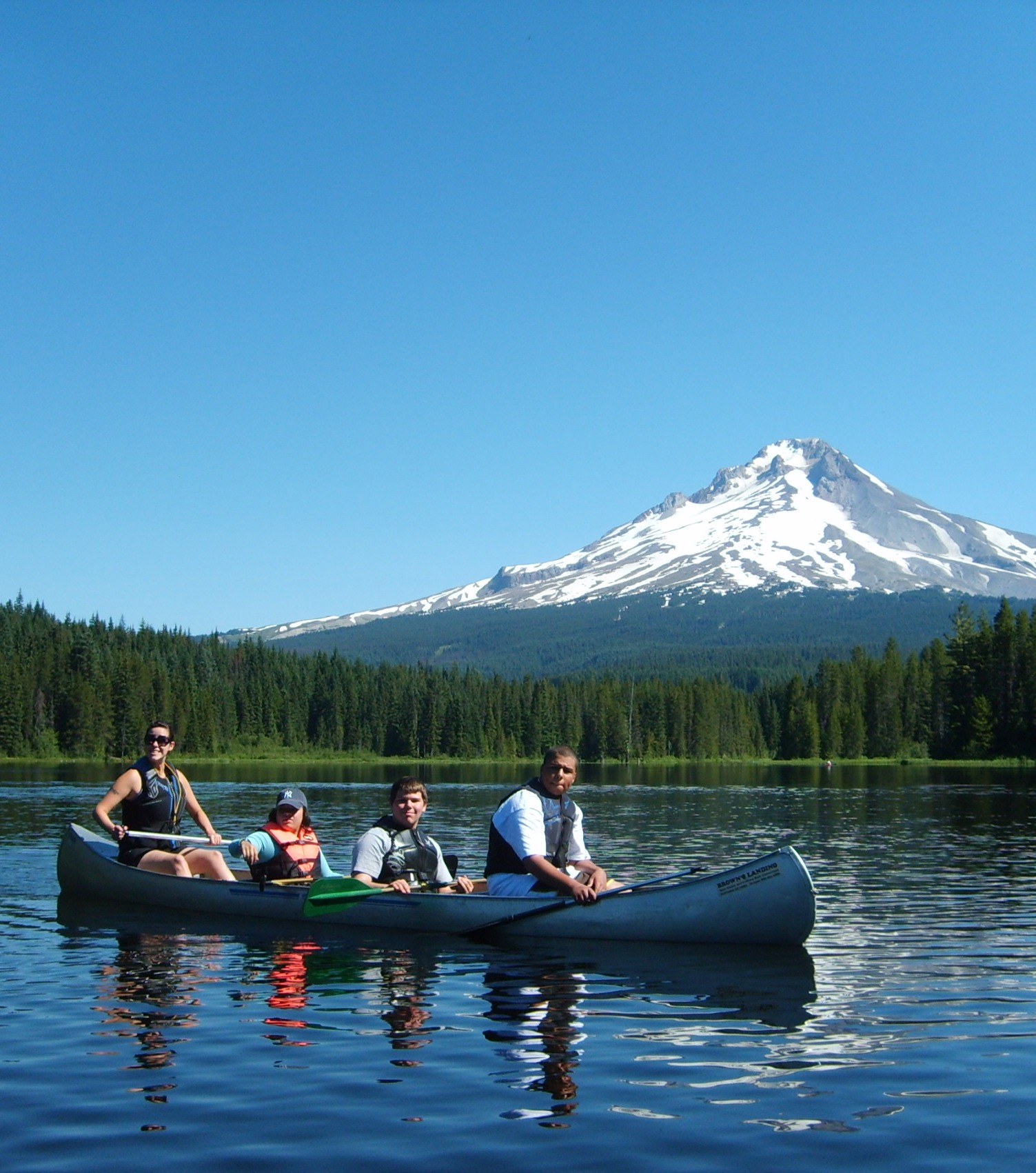 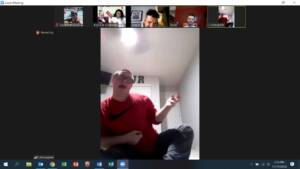 The following history was recorded by the founder and first president of Mt. Hood Kiwanis Camp, Cy Gengelbach in the 1950s. 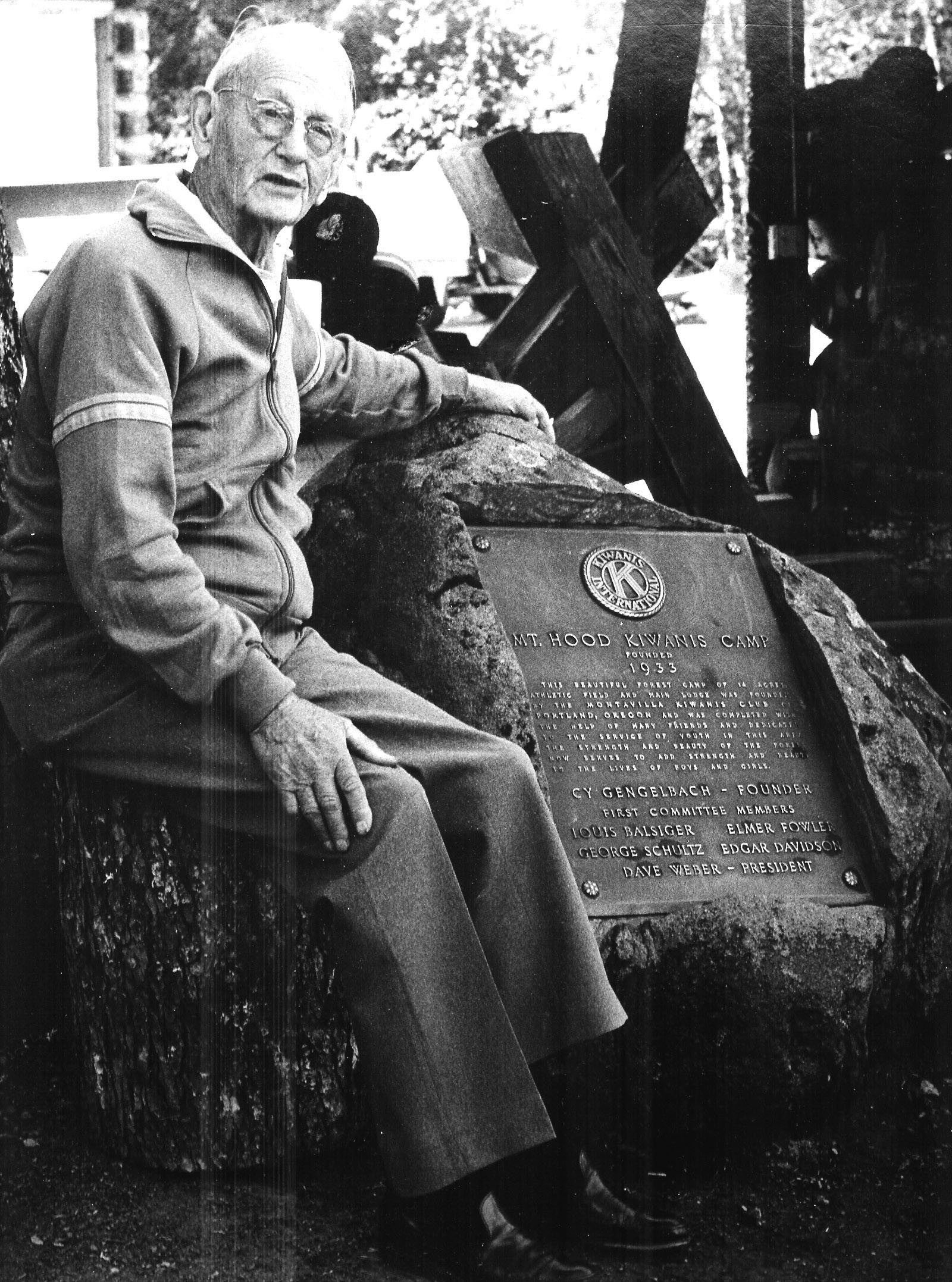 Early in the year of 1933, 27 members of the Montavilla Kiwanis Club felt the need of having a project which would require a year-to-year contribution of ideas, money and mutual effort on the part of its members and people of the Montavilla community.

A regular weekly club meeting was given over entirely to the discussion as to what this undertaking should be and out of this very interesting meeting came many good ideas suggesting projects, some within our ability to finance and others not. To build a summer camp for deserving boys and girls and start a “Big Brother” movement was given the unanimous approval of the Board of Directors.

A committee composed of Cy Gengelbach, George Schultz, Do Fowler and Louis Balsinger were appointed to investigate the possibilities of securing a suitable site, raising the necessary funds to improve the grounds and erect buildings to accommodate about 50 children.

After spending considerable time looking, the committee decided upon the present location six miles east of Rhododendron on the Mt. Hood Loop Highway. Through the help of T.H. Sherrard, head of the Mt. Hood National Forest Service, “Scotty” Williamson, head ranger of the Mt. Hood National Forest at the time, Jim Langdon, the present head ranger as well as many other men of the Forest Service, the camp project became something of real concern of the club, forest officials, Kiwanians of other clubs (including the Portland Kiwanis Club) and citizens of not only the Montavilla area but of all Portland where children needed this camp experience in a healthful mountain atmosphere.

This beautiful site of 14 acres, leased without charge, to the Mt. Hood Kiwanis Camp organization on a year to year lease, is all that can be desired as a camp for deserving young people. Mountain lakes and streams, virgin forests, high hills and ball field within the limits of these 14 acres affords everything for outdoor camping and hiking. Within hiking distance is majestic Mt. Hood challenging the more rugged youth.

The site secured, the committee wasted little time in getting plans drawn for the main camp lodge building and other necessary improvements. Edgar Davidson, a member of the original camp committee, completed the plans in a short time for a two story log building 30’x50′ in size with a 16’x40′ addition for a kitchen and other needed facilities. The main lodge is used for eating, sleeping, and recreation.

Materials and funds for these improvements were secured through donations solicited from various organizations and groups, by members of the Montavilla club who by now formed a camp committee of the entire membership.

Most of the labor was furnished by the State Emergency Relief Association who at the time furnished employment to men who otherwise could not find work. At the request of the committee chairman, 50 men were sent to the camp site to erect barracks and a mess hall. Their men stayed on the project until its completion which took about two years.

Buildings, water service and a 40 foot well, a 3,000 gallon water tank, septic tank, latrines, trails, playgrounds and other improvements too numerous to mention were now complete and ready for furnishings and equipment. All this was accomplished through the tireless efforts of committee members, Kiwanians of other clubs, and loyal friends.

Misfortune struck shortly after completion when, during a heavy snow storm, the roof of the main building collapsed under the terrific weight of the snow. The committee had $650 they had saved over construction costs which was to be used for campships for deserving children. This money was put to immediate use in repairing the damage, and the aid of the S.E.R.A. in furnishing the labor was secured. When the work was completed, the building was better than the original structure. The Oregon City Kiwanis Club furnished a heavy canvas cover used to save the rest of the building.

1936 found the Montavilla Club opening camp with a group of 30 boys under the capable leadership of Ted Gebhardt and three older Boy Scout counsellors. Gresham Club, who has always backed everything the Camp did, sent up an equal number as did Oregon City, who too gave a great deal of help. Peninsula, Milwaukie, Vancouver and Beaverton joined in making this first camp year a great success.

From the time of its beginning, the camp project grew in popularity and soon we had to enlarge our facilities and increase the number of children being sent, by inviting more Kiwanis Clubs to take part. Camas, Portland, Scappoose, Southwest Hills, Parkrose, McMinnville, the Dalles, participated up to and including 1941, when war broke out and for many reasons the camp was closed until hostilities ceased.

The summer of 1948 found a fine group of happy children again enjoying this wonderful experience after years of fear and doing without. Three hundred and forty were served this year, with camp opening in June and closing the last of August.

The following years found more and more Kiwanis clubs showing an interest in the camp. North Lincoln Beach, Holladay Park, Willamina, Lake Oswego, Newport, North East Portland, Sandy and Sweet Home have played a large part in making the program of recent years a real success. Many of the above clubs have contributed generously to helping improve and enlarge the camp properties as well as to sponsor boys and girls for camp. The Holladay Park club under the leadership of George Bell collected all the materials for additional sleeping quarters, which was pre-fabricated by the Montavilla club. The Northeast club, with the help of Bob Beeber, furnished the material for the caretaker’s cabin.

More than 4,000 fine boys and girls chosen by participating Kiwanis Clubs have had a valuable camp experience with good food, capable leadership and loads of good, clean outdoor fun so necessary in the life of children.

Other groups of people outside of Kiwanis have had a large part in this program of helping boys and girls for which we have been thankful.

Cy Gengelbach, President of the camp organization since its beginning asked to be relieved of his duties in 1951 after 17 years as its head and was succeeded in office by Ted Brinks of the Portland Club. Death took Ted after a very successful season, Homer Neff, of the Holladay Park Club, took up the duties where Ted left off and served until Ken North, Holladay Park Club, our present President, succeeded him and what a great job he is doing and what plans he has for the future.

THE VISION OF MT. HOOD KIWANIS CAMP:
We envision a future in which everyone who wants to go to Camp gets to go and stay in fully-accessible, safe, state-of-the-art facilities.

EQUITY STATEMENT
Mt. Hood Kiwanis Camp (MHKC) honors organizational diversity with regard to race, gender, sexual orientation, gender identity, age, culture, language, and all abilities. This deepens understanding in everyone, making MHKC a more equitable and inclusive organization to the benefit of all. We seek to raise self-awareness of our gaps in equity and inclusion by consciously creating, monitoring, and maintaining diversity among our campers, staff, volunteers, and board of directors.

ANTI-RACISM STATEMENT
We acknowledge that racism is pervasive and exists. As an anti-racist organization, we vow to purposefully identify, discuss and challenge issues of race and color and the impact(s) they have on our organization, its systems, and its people. We will acknowledge and dismantle any racism that occurs within our organization, whether it be conscious or unconscious. We will also challenge ourselves to understand and correct any inequities we discover and gain a better understanding of ourselves during this continual, purposeful process.

“To ensure the health and safety of our staff, all team members are currently working remotely. Please contact our team through email or their direct line for faster response time.”